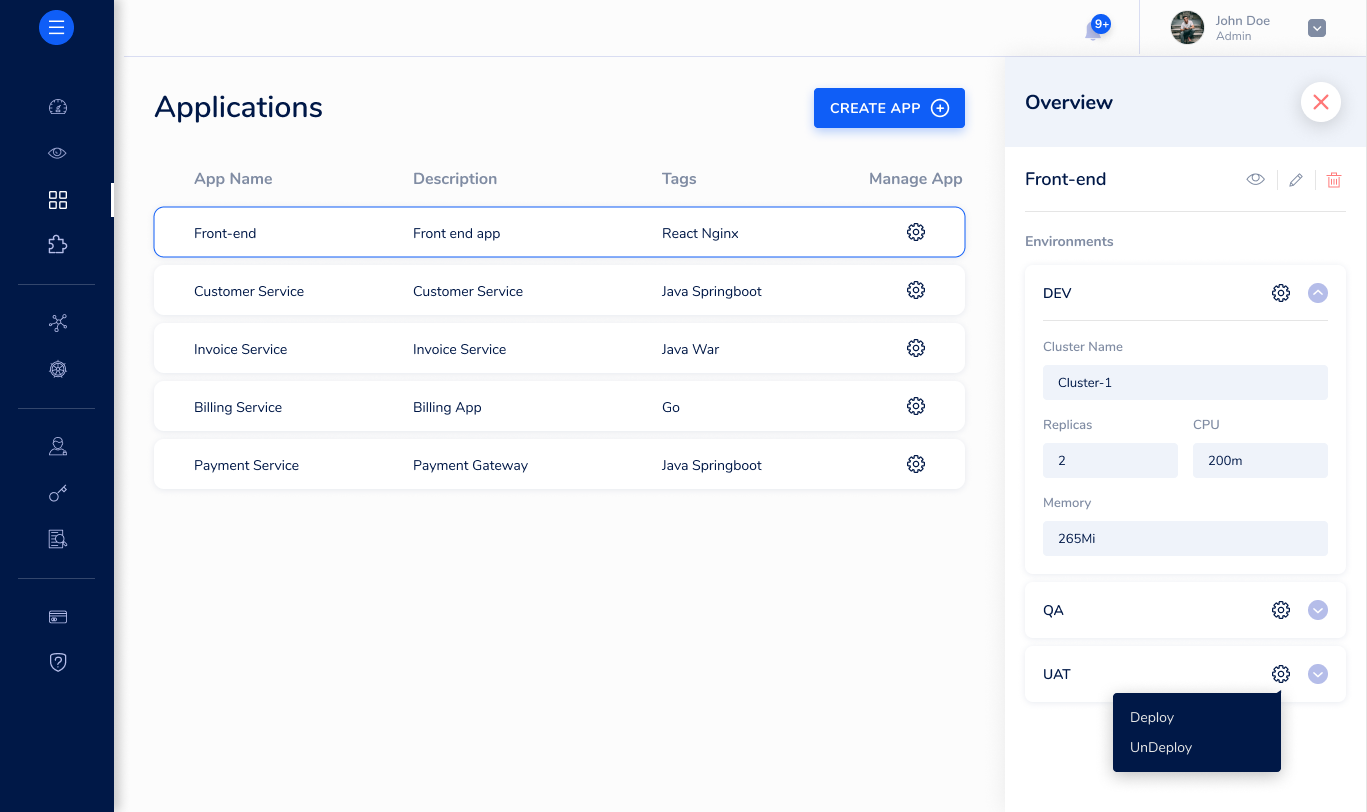 App Director® Console - provides a single-pane-of-glass that can be used to define, manage & scale applications across multiple Kubernetes clusters. It allows you to move from source code to container deployed on Kubernetes via a guided wizard with a few simple steps. You could organize your applications by Projects with Identity and Access Management to support multiple teams.

App Director® Agent - that connects with the App Director® Platform to receive deployments and send back events. The agent is managed via an Operator and can be scoped to a namespace or cluster-wide.

The Randoli App Director® Console provides a comprehensive overview of your applications. The main dashboard provides,

For each application, we provide the ability

We also provide a comprehensive audit log with the ability to filter by category, event type and date range. 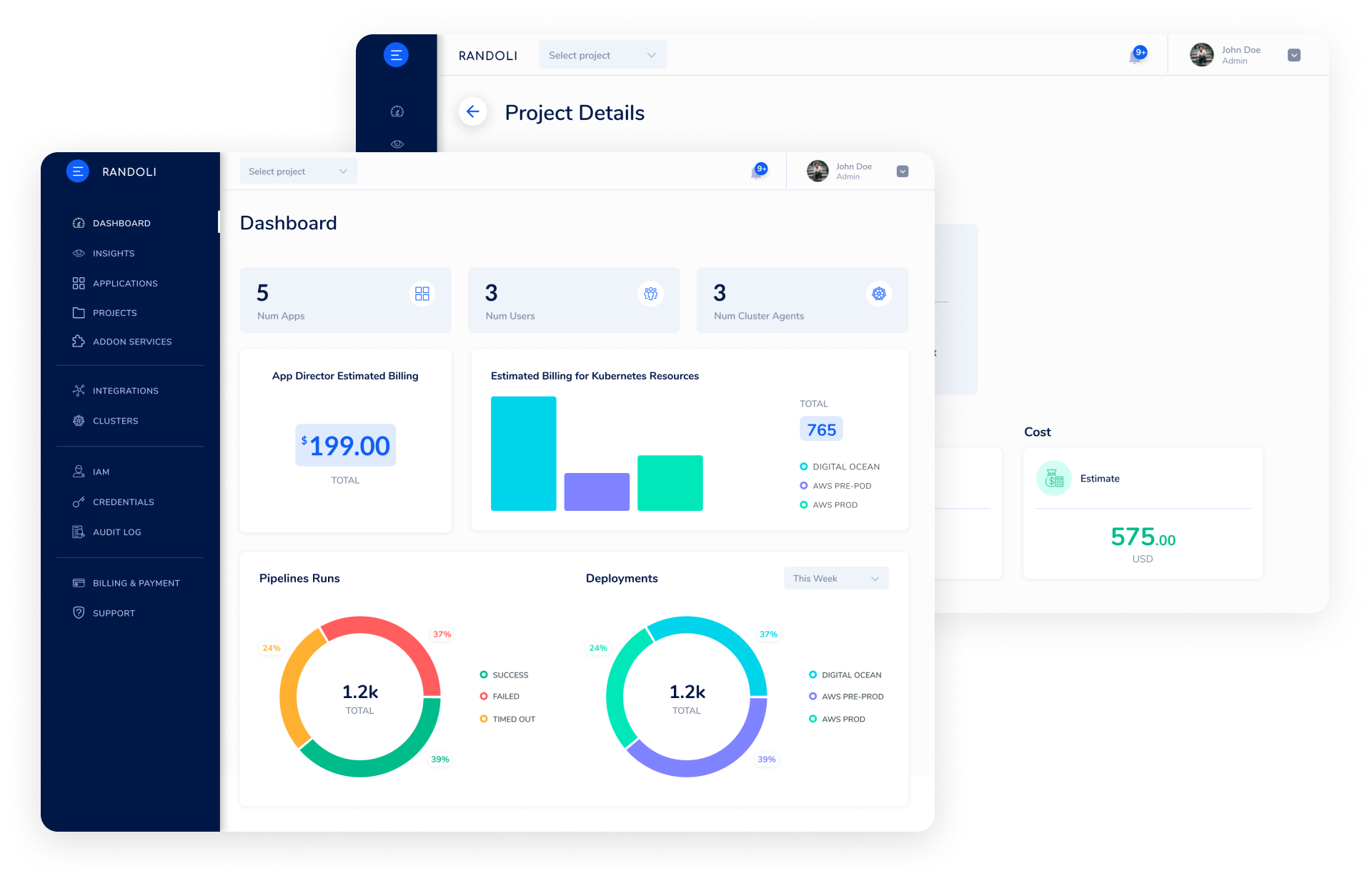 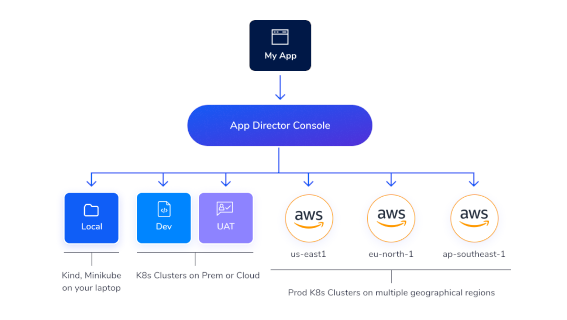 The Randoli App Director Platform provides the ability to select pre-defined CI/CD pipelines or create a custom pipeline via a guided wizard. Our pipelines are powered by Tekton - a powerful and flexible open-source framework for creating CI/CD systems, allowing developers to build, test, and deploy across cloud providers and on-premise systems.

We support the following steps out-of-the-box

We also provide webhooks for each defined environment to allow the ability to build fully automated pipelines to graduate your applications across multiple environments. 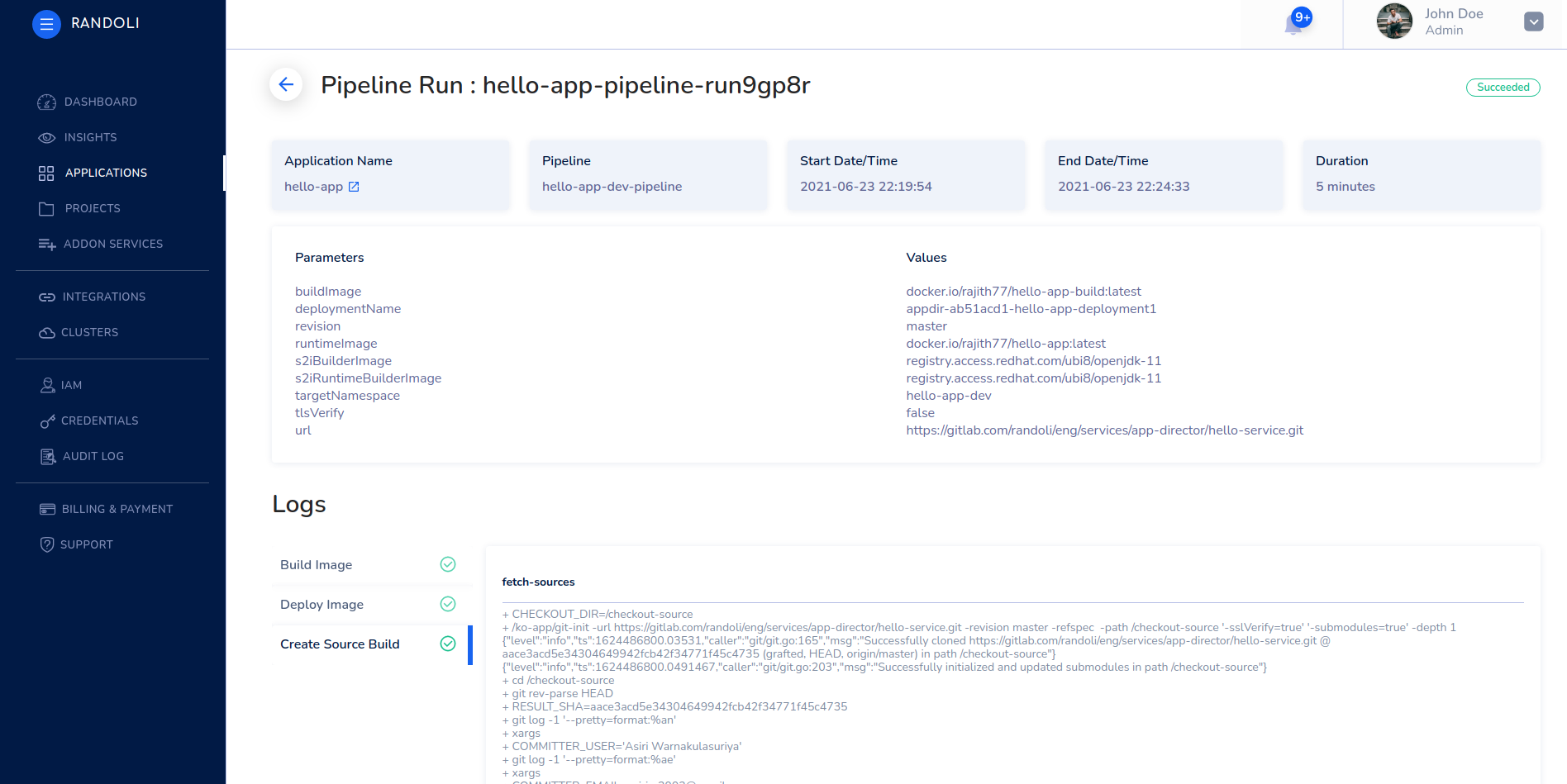